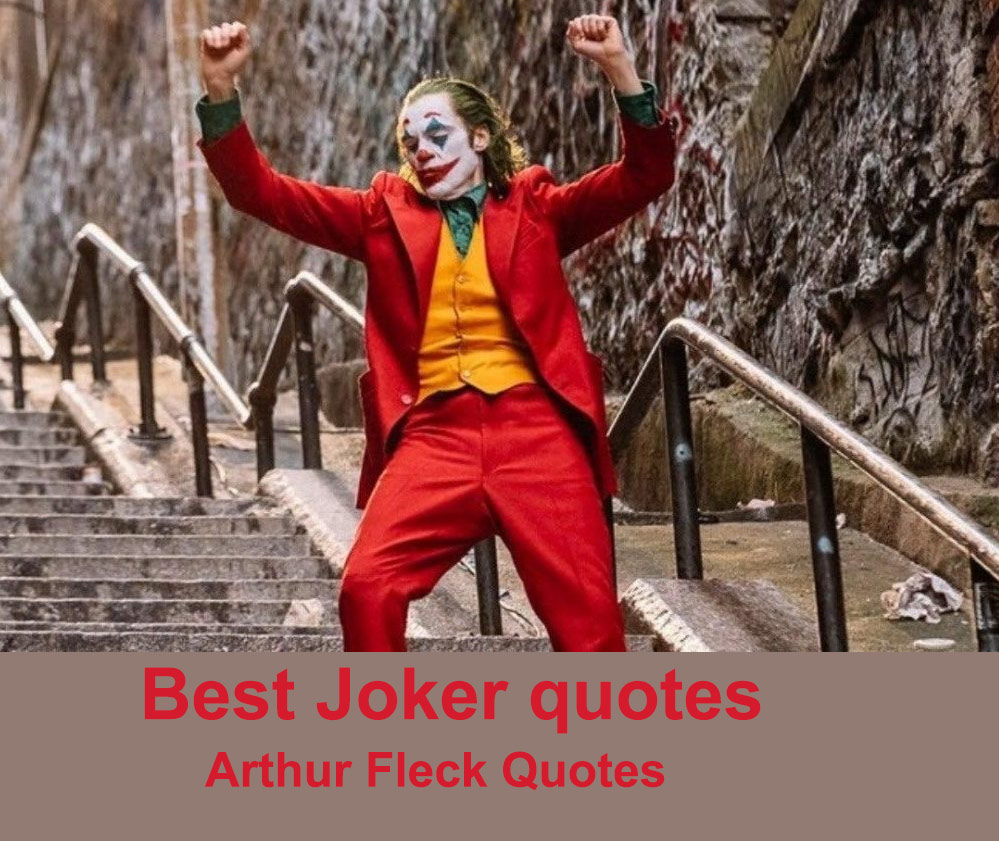 Arthur Fleck is a failed comedian and party clown struggling with mental illness and a laughing disorder. It's later revealed that he actually is sociopathic and gradually begins to become evil as result of his abusive treatment from the people of Gotham City, leading him to become the vengeful anarchist Joker.

1. I used to think that my life was a tragedy, but now I realize, it’s a comedy.

2. The worst part of having a mental illness is people expect you to behave as if you don’t.

3. For my whole life, I didn’t know if I even really existed. But I do, and people are starting to notice.

4. What do you get when you cross a mentally ill loner with a society that abandons him and treats him like trash? You get what you fuckin’ deserve.

5. I hope my death makes more sense cents than my life.

Tips to help you Lose Weight