Joker Quotes From The Dark Knight

The Dark Knight is a 2008 superhero film directed, produced, and co-written by Christopher Nolan. Based on the DC Comics character Batman, the film is the second installment of Nolan's The Dark Knight Trilogy. When the menace known as the Joker wreaks havoc and chaos on the people of Gotham, Batman must accept one of the greatest psychological and physical tests of his ability to fight injustice. 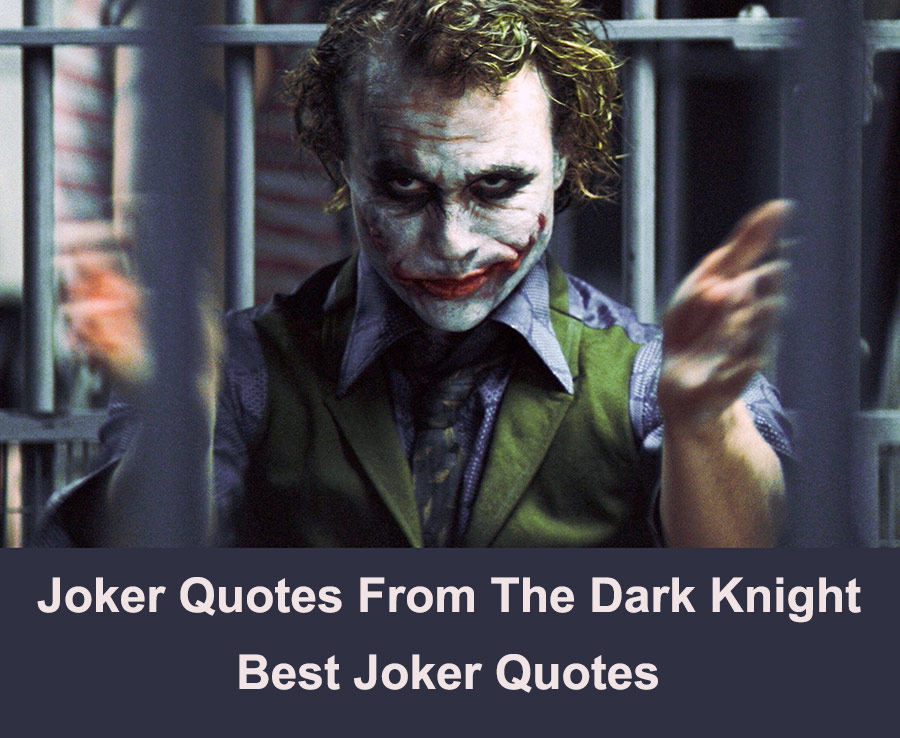 1. Do I really look like a guy with a plan? You know what I am? I'm a dog chasing cars. I wouldn't know what to do with one if I caught it! You know, I just…do things.

2.  If you are good at something, never do it for free.

3. Nobody panics when everything goes ‘according to the plan’, even if the plan is horrifying.

4. All you care about is money. This city deserves a better class of criminal. And I’m gonna give it to them.

5. Madness is like gravity. All it takes is a little push.

6. I believe whatever doesn’t kill you, simply makes you stranger.

7. The only sensible way to live in this world is without rules.

8. To them, you’re just a freak, like me! They need you right now, but when they don’t, they’ll cast you out, like a leper! You see, their morals, their code; it’s a bad joke. Dropped at the first sign of trouble. They’re only as good as the world allows them to be. You’ll see. I’ll show you. When the chips are down these, uh, civilized people? They’ll eat each other. See I’m not a monster, I’m just ahead of the curve.

9. Do you want to know why I use a knife? Guns are too quick. You can’t savor all the… little emotions…you see, in their last moments, people show you who they really are. So in a way, I know your friends better than you ever did. Would you like to know which of them were cowards?

10. You have nothing, nothing to threaten me with! Nothing to do with all your strength.

Tips to help you Lose Weight